Each year our three School Captains, together with our School and House Leaders, endeavour to inspire and bring the Camberwell Girls student body closer together. This year Mia, Jacqueline and Meagan through their theme of GRIT are endeavouring to empower our students to persevere and work through challenges and obstacles to develop personally and contribute to a broader community. I am very pleased to include their report below, giving you an insight into their work and priorities this year.

Themes
This year, we chose to strive towards encouraging our peers and the community to place focus on areas in their lives that are sometimes overlooked. The word GRIT was chosen as our overarching theme for the year, encompassing a singular focus for each term – Gratitude, Risk-Taking, Individuality and Trust. The notion of Grit itself became symbolic as it emphasises one’s inner strength and ability to show courage through personal growth and development.

Our Captain’s board this year is dubbed the ‘Wonder Wall’ – a place where we hope to inspire and challenge the ways our girls think. We’ve included a central question in the middle of the board, to encourage active participation from the girls as some may also get read out at assembly! Furthermore, girls are constantly prompted by amazing women in history, to endorse our belief that as girls, we are able to do anything. In addition, to boost positivity around the School, we have also placed some great jokes around the School (although great may be debateable!) We hope that they brought a smile to some faces! Make sure to keep your eyes peeled for more jokes in Term 3!

During Term 1, we challenged girls to display gratitude to themselves and people around them. This is something that we deem to be particularly important in day-to-day life, as we often take for granted many of the small things that others do for us every day – particularly in being grateful for the opportunities that we are given at the School.

As a way to conclude our theme of gratitude, we invited a special guest speaker, Sam Suke, to speak to the Year 11 and 12 girls and then address the whole School in an interactive presentation on how he has shown gratitude in his life; inspired by the idea of the Japanese story of the 1000 Paper Cranes. Sam introduced us to his Crane Blog and the theory of ‘Ikigai’, a Japanese concept which means ‘a reason for being’. This requires deep evaluation of self, and so it was something new for us to contemplate, especially for the older girls who are looking towards life after school. This will be further explored and taken into practice during our Mentoring sessions; allowing the girls to have the opportunity to create their own cranes and think about what makes them grateful.

Term 2 relates to the idea of risk-taking, with an emphasis on its benefits; such as to better one’s confidence through pushing yourself from your comfort zone, to your growth zone. This notion of risk-taking has always been reflected in girls during the House Dance and House Music competitions in the first and second terms – and this year was no different. We are lucky enough to witness the growth of our peers who completely immerse themselves in either their new leadership position, or devote themselves to their role in the competition, no matter how big or small that role may be. In Term 2 we tried to push girls to try something they haven’t, or to finally attempt that one thing they’ve always wanted to do, because we can never know until we try. Further, we hope to inspire girls with the question, “What would I say and what would I do if I had no fear?” and thus opening the notion of ‘Knowing fear’ and how it can be a blessing rather than a burden.

As Term 3 fast approaches and with individuality as our theme, we aim to encourage girls to appreciate the aspects of themselves that are different to those around them. Research tells us that only 0.06% of your DNA is different from everyone else, so we hope to help the girls acknowledge and embrace the 0.06% that makes them unique and valued. Heading into the final term of our time at Camberwell Girls, we will touch on the idea of Trust: something particularly important for our Year 12 girls who need to display trust in their teachers, classmates and their own abilities as exams grow nearer.

School Community
Social Justice and Service Learning has always been a huge part of the Camberwell Girls culture and we are passionate about change and awareness. In an effort to expand our community to help those in need, the School has worked on strengthening the bonds between specific charities so that our donations become more meaningful, and so the girls become familiar with where their donations are being sent. With the help of our fantastic Service Learning Team, we have been lucky enough to have been given the opportunity to touch the lives of many, both locally and overseas. It has become clear that activism through physical action and awareness is extremely powerful, and we hope that the girls realise how much of a difference they can make as individuals.

To kick the year off, we rounded up some of the captains to join with us in holding a Valentine’s Day Stall to raise money for the National Heart Foundation. This stall sold baked goods and provided a chocolate delivery service to those who purchased a chocolate for their friends. We found that this encouraged incredible generosity and gratitude from the girls who bought chocolate to be delivered alongside a note – a perfect way to kick off the first term with our theme of gratitude, prompting girls to thank those around them for the little things that they do.

Later in the term, we had several courageous young women participate in the Boroondara Relay for Life, sleeping out and running laps around an oval for 18 consecutive hours, to raise awareness for cancer and support the Cancer Council. Many girls also decided to support Breast Cancer Network Australia, taking part in the Pink Lady AFL match for Round 7 in early May; a cause which provides support, care and kindness for women and families everyday who are suffering from Breast Cancer.

More recently, we have hosted the annual CGGS vs. CGS Netball Match raising funds for Days for Girls. Combining a worthwhile cause and friendly competition (where we won, of course!) meant that lots of girls got involved and we were still able to do something positive. This was further followed up with the highly successful annual Winter Sleep-out where 35 students and teachers spent a night outside at school in support for the Salvation Army’s work combatting homelessness in our local community. It was an incredible night where we were luckily able to donate more than $700 worth of food and basic necessities, due to the amazing generosity of the girls. We cannot thank those enough who have supported these causes, and we feel humbled to be able to learn from so many dedicated and devoted girls in the School.

Our Goal
Something incredibly important to all three of us is ensuring that every girl in the community feels valued so that they know know just how much they’re worth. Self-love is something many girls struggle with, but it shouldn’t be: and this doesn‘t sit right with us. As young women ourselves, is it of course highly critical that we inspire the girls as young women, and empower those around us to be aware that they can do anything they set their minds to – no matter the barriers placed down by society. Empowering women and girls is endlessly important to us – we do make up 50% of the population after all! No one should be limited just because of their gender and we hope to come back to this as the year continues so that we can ensure our message is understood and to eliminate the label of ‘feminist‘ being an insult. We hope to inspire the girls around us to never consider themselves as lesser than anyone else, no matter their age, gender, race, or appearance.

We hope to hone in on this notion later in the year, and we are in the midst of planning some exciting events to inspire and encourage girls in our School and in the wider community, to be all that they can be.

Thank you
We have also been lucky enough to have surrounded ourselves by some dedicated girls who have helped with our many requests! To those who have helped make our lives easier, including the publicity captains for making various posters to go around the school and to all of the supporting staff – you have made our time as captains so much easier and we are so grateful for everything that you have done for us. 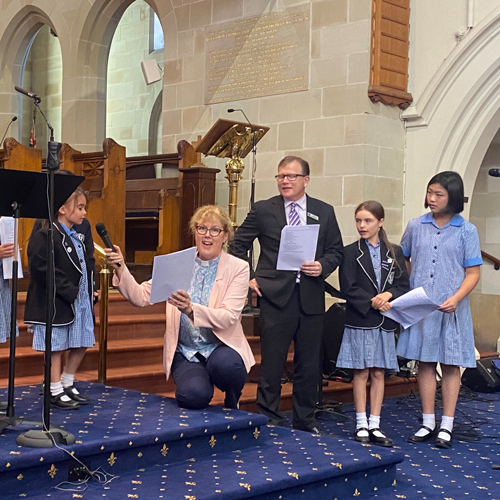 To finish the term we have a lovely Easter message from Reverend Helen Creed. 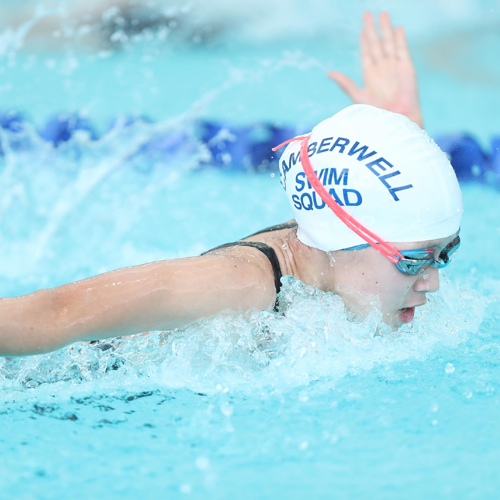 There were some fantastic GSV Diving, Swimming & Triathlon results at Senior School, as well as many exciting activities to end the term. 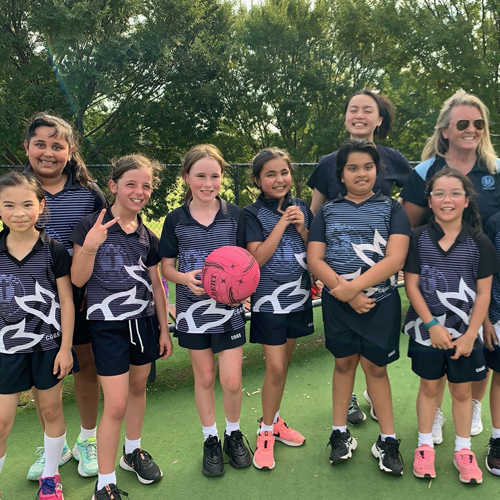 Junior School rounded out the term with the Foundation – Year 2 Swimming Carnival, an exciting incursion for the Year 1s, the Easter Service & Welcome Back Event! 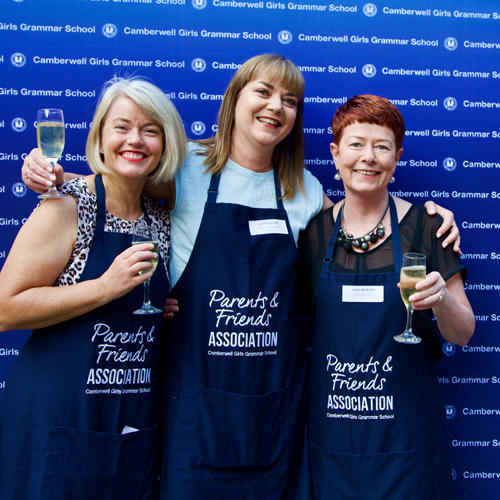 The PFA held two more community events over the past fortnight & the school is very excited to announce a new centenary project.