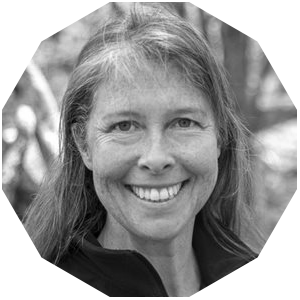 Rebecca Spindler has been engaged in the Australian and international conservation science sector for over 20 years. She completed a Bachelor of Science at the University of Melbourne and went on to complete a PhD in Marsupial Reproductive Biology in the Department of Zoology.

Rebecca was offered a position at the Smithsonian Institution in Washington DC as a post-doctoral fellow, where she spent seven years in the Conservation Biology Institute. She worked in the laboratory to understand and improve the reproductive success of endangered species including cheetahs, clouded leopards, jaguars and giant pandas. Rebecca established the Smithsonian’s Neotropical Carnivore Initiative and with colleagues from Brazil, collaborated on a multidisciplinary project aimed at improving the health, reproduction, and conservation of jaguars.

In 2000, Rebecca was invited to China to help with the reproductive success of giant pandas in captivity. This led to her attending the giant panda breeding season every year for six years at the Wolong Nature Reserve and the Giant Panda Breeding Centre in Chengdu. When not there, Rebecca spent time with colleagues in the ProCarnivorous NGO and learned a great deal about working with landowners of every kind to protect jaguars and other carnivores where they co-exist with people.

In 2004, Rebecca moved to Canada to work for the Toronto Zoo as the Curator of Reproduction. She managed the gamete and endocrine laboratories and examined the impact of genetic makeup on reproductive success.

In 2007, she returned home to Australia to take up the role of Head of Science and Conservation at the Taronga Conservation Society. She was honoured to work with scientists from disciplines such as wildlife pathology, reproduction, nutrition, genetics, behaviour and ecology to provide decision makers with the best possible information on wildlife health and conservation in New South Wales.

Rebecca is now the Executive Manager for Science and Conservation for Bush Heritage Australia. She is privileged to work with some of Australia’s traditional owners, top ecologists and expert land managers to design and implement the best possible land management and restoration to keep our Country healthy.

Dr Spindler has been a passionate environmental conservationist for over 20 years.