The first of our formal end of year events took place on Thursday of last week, when we conducted our Presentation Evening for students in Years 10 – 12. On this evening we celebrated the achievements of the girls in these year levels who have attained Academic Excellence, Outstanding Citizenship and Co-Curricular Awards. Academic Excellence Awards are achieved by girls who have performed at an outstanding level across all of their subject areas in their year level. Citizenship Awards were this year reviewed by our Student Representative Council to better reflect students who fully embrace our school values and motto. Students awarded Citizenship Awards were nominated multiple times by their peers and staff as having fulfilled all the criteria. Co-curricular Awards were presented in the areas of Sport, Music, Drama and Service at the levels of Blazer Pocket, which recognises four years of service and Full Colours, which recognises five years of service to a particular co-curricular activity.

On this evening it was a pleasure to hear the speeches made by Chair of Council Mr David Kollmorgen, our Principal Mrs Debbie Dunwoody and School Captain Karen Zhang. Some highlights included the musical presentation by Schofield House of Nero, the monologue by Sarah Lammardo and snippets of information about the 2016 International Social Justice Immersion Tour. We also congratulate Schofield House as they were awarded the Rhodes Cup for 2016.

The Senior School was plunged into a day of construction as the Year 12s entertained us all with their celebration day theme of ‘Under Construction’. The girls produced highly amusing posters for each Year Level and each subject and they revisited some of the building highlights that have shaped our School over the past few years in a humorous, but respectful way. I think it’s safe to say that all students and staff thoroughly enjoyed the Year 12 assembly and the celebrations of the day.

On Monday the Senior School focused heavily on Year 12 formal celebrations. At the Year 12 Leavers’ Service each girl is recognised and presented to the School with a summary of achievements from her time at the School. The girls in Year 12 are presented with a School Bible, their personalised testimonial and an Old Grammarian’s badge – welcoming them into the alumni. This year the badges were presented by the President of the Old Girls Association, Ms Cara Davey and past student and parent Mrs Janice Dickinson. The girls also signed the Leavers’ Book to record their time at the School. As part of the tradition at this service, the current Year 7 girls formed a balloon guard of honour down the driveway to farewell the Year 12s. We were appreciative of the parents and family who were able to join with us at this celebration.

That evening the Valedictory Dinner was held at the Olympic Room at the MCG. The girls, family and staff enjoyed a beautiful evening which included some outstanding speeches by Year 12 students Cindy Jiang, Karen Zhang, Tiarnie Ellingworth and Janet Liu (Valedictorian). Helen Burrows, mother of Elizabeth in Year 12, represented the parents in thanking Mrs Dunwoody and the school for nurturing and educating the girls throughout their time at Camberwell Girls.

The Netball Presentation Evening, on Monday 10 October was a great success. We were very fortunate to have Kate Moloney from the Melbourne Vixens, come to speak about her netball journey. She was a great inspiration and everyone thoroughly enjoyed her humour and the stories of her journey through the netball ranks.

The highlight of the night was the presentation of our two new awards, which went to Molly Ewens and Emma Sanders, both in Year 10.

In her first year of umpiring Molly has gone from having a mentor by her side at every match watching over her decisions and calls, to being a very competent umpire aspiring to obtain her C Grade badge. For this achievement Molly received the Umpire Recognition Award.

Emma received the Coaching Recognition Award for her contribution to the coaching program. Emma volunteered her time to help assist a Year 6 team and this has helped her develop her skills throughout the year. Molly and Emma have both contributed a lot of time to the 2016 Camberwell Girls Saturday Netball Program, congratulations girls.

A big congratulations also goes to all the players from our 17 teams and in particular congratulations to the girls listed below who received a Coaches or Most Valuable Player Award, well done on a great year in Netball.

On behalf of the School community I’d like to take this opportunity to thank Lexie Joyce for her excellent organisational and managerial skills, her enthusiasm and her thoughtful mentoring of all the coaches and umpires. We greatly appreciated her development of new skills that have enabled our players to grow in their netball.

One Girl
At assembly on Tuesday 11 October, Natasha Sevo, Year 9, addressed the entire Senior School about her involvement with One Girl and her desire for the whole School to support this worthy cause. Please read Natasha’s presentation below.

On Tuesday 25 October we have the privilege of welcoming the CEO of One Girl, Morgan Koegel, to address our next assembly with Natasha to promote the work of her organisation and our collaboration with them. On this day, all girls in Senior school will be asked to donate $5 to wear a dress other than their school uniform and a number of male staff, have also kindly offered to wear a dress on this day to help support Natasha’s effort as an ambassador for One Girl.

I have two sisters. The three of us have the privilege of attending school and receiving an education. Unfortunately, this is not the reality for over 60 million girls globally, who are denied an education, simply because they are girls.

One Girl is a very successful not-for-profit organisation driven by passion toward women’s education. They work with well-established implementing partners, such as Restless Development and One Girl Sierra Leone, to deliver high-quality education programs in Sierra Leone and Uganda.

When I came across One Girl online, I found it so inspiring. Knowing that I am so fortunate to have the privilege to attend Camberwell Girls, I wanted to find a way to give back to the community and inspire others to spread the word to raise awareness of this issue. “One Girl” seemed to be the perfect opportunity to do this and I couldn’t help but jump right at it.

Education and knowledge is something that others cannot take away. Reading the statistics on their website, it just blew my mind how something as simple and basic as education can set somebody – especially a woman living in Sierra Leone or Uganda – up for life.

I signed up to a component of the organisation known as “Do it in a Dress”, which involves each of the two hundred ambassadors (including myself) to raise a $3,000 target by the end of October. This money will educate ten girls, at a cost of $300 per girl per annum.

I have been working closely with the Social Justice Committee to organise ways to raise both money and awareness such as creating a display, a donation box and organising a free dress day where students wear a dress or skirt of their choice. I have also set up a fundraising page and prepared a presentation at assembly. If we raise $3,000 by the end of October, we will be seeing some male staff in dresses for a whole day!

I feel so proud to be doing something for such a worthy cause and hope to inspire other people to get involved in social justice initiatives. It is so rewarding to know that there are girls receiving education as a result of my efforts, and I hope to see many more girls being educated in the future to get their lives on track.

Year 9 Geography Excursion
On Thursday 6 October, the Year 9s went on an exciting Geography excursion to the Queen Victoria Market and the Port of Melbourne to study how Melbourne is interconnected.

As we stepped out of the bus to explore the market, the weather was beautiful and the market was buzzing with visitors. Our task there was to each interview 5 people, to collect survey data on where they were from, how often they visit the market and why they go there. As part of our unit on trade and interconnections we also surveyed traders about the origin of one of their items such as coffee, potatoes, apples etc. We also enjoyed having some free time to wander around the market as well as participating in a popular Vic Market activity, trying the delicious hot jam donuts!

Next stop was the Port of Melbourne where we had the chance to discover the fascinating history of the Port, Australia’s busiest, as well as going on a bus tour of the facilities.

This was an educational and very interesting excursion. Thank you to all the teachers who planned the excursion and helped on the day. ~ Meg Billson, Year 9

Victorian Students’ Parliamentary Convention
“There should be no discrimination against languages people speak, skin colour, or religion.” ~ Mallala Yousafzai

We attended the Victorian Students’ Parliamentary Convention on 17 of October at the Parliament House of Melbourne. 100 finalists across Victoria were selected to attend this honourable event. The topic for discussion was “Equal Rights – Myth or Reality?” We commenced with an overview of Australia’s history and our pursuit towards equality as a nation. A representative from each school presented an opening statement on their perspective of the topic.

All delegates later separated into groups where there was discussion about the different types of disparity present within our community; equality and rights for the aged, gender, sexual orientation, disability, children, Aboriginal and Torres Strait Islanders, race, marriage, asylum seekers and identity. We focused on whether Commonwealth and Victorian legislation successfully supports the human rights of the subtopics and whether a Bill of Rights should be passed for further protection.

Next a soap box session was held when we had the chance to express our opinions and debate on the topic. The main idea expressed was that on paper we may be equal however in reality we are not. Implementing legislation is not the only aspect to achieving equality but thoroughly endorsing prime values of treating everyone equally through family influence is of high importance in achieving this goal.

At the end of the day conversing with fellow like-minded peers, openly expressing our ideas and experiencing new opportunities were the highlights of our day.

We would personally like to thank our inspiring 2040 teacher, Mrs Macaro, for allowing us to experience this amazing opportunity. ~ Janice Soo and Chloe Wu, Year 10

2040
Four girls from the 2040 group had the opportunity to attend the ‘UN Youth Conference’ at Carey on Friday 7 October. Representatives from several other local schools attended.

Over the course of the day we took part in three separate debates on different topics from the perspectives of the United Nation countries we had been assigned. It was certainly interesting for us to all learn about how a real United Nations meeting would be run, the rules of negotiation and the types of topics that are discussed at these meetings. It was a really great day and we look forward to other opportunities such as this UN conference. ~ Chloe Bennett, Sharon Truong, Nikki Chen & Hiruni Sirimanne, Year 9 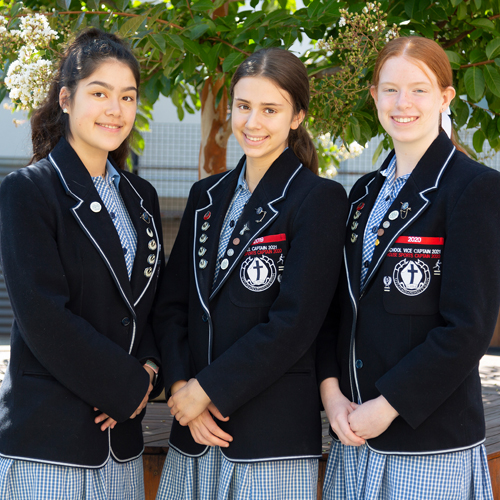 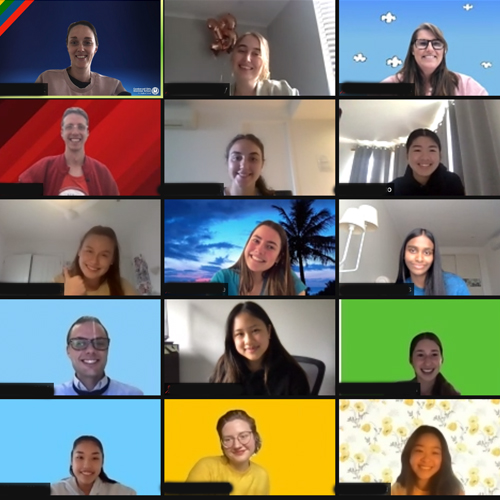 It has been an action packed first 2 weeks of Term 4 at Senior School, with chess finals, new School Leaders, awards, conferences and much more! 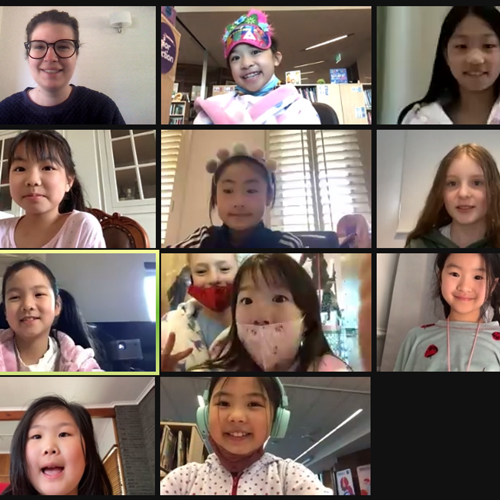 Junior School has had a great start to Term with a special dress up day today, as the excitement about returning to school starts to build. 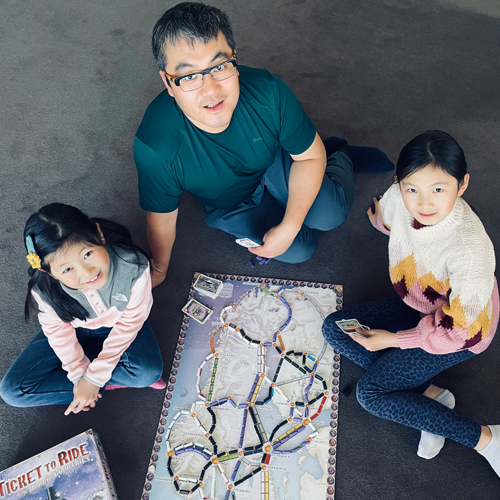 The PFA and CGGS Dads Group were delighted to see so many families get involved in the Father’s Day Challenge, held at the end of last term.