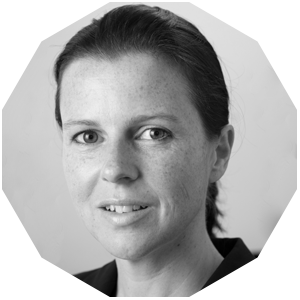 Nicola is now Co-CEO of Environmental Justice Australia (EJA), a leading public interest environmental law organisation that seeks to create a world where our laws help people and nature thrive. She has worked for EJA for over a decade, previously as Director of Advocacy and Research where she led the organisation’s work to secure stronger environmental laws. She led EJA’s clean air campaign which engaged with grassroots environment groups and local communities around Australia to protect our right to clean air. She led EJA’s Federal and State advocacy work on climate and water law, and national nature laws.

Nicola is passionate about women’s leadership and models this through the co-leadership of Environmental Justice Australia.

Nicola has also co-founded and co-directed two social enterprises – The Riparian Project to raise awareness about river health, and the Rock and Ranges Brewing Co-operative, a community owned brewery based in regional Victoria.

Nicola holds her Master’s in Environmental Management and is a Fellow of the Centre for Sustainability Leadership. She is also an alumnae of the Melbourne Business School through the For Purpose Executive Leadership Program. Nicola has two lively children who keep her on her toes and a very supportive partner who helps to make all these achievements possible.

Nicola has worked in Environmental Law for over 20 years.