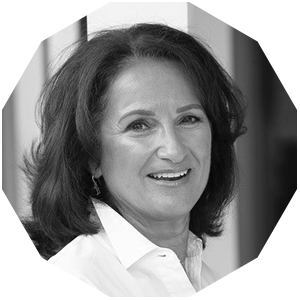 Amanda Mandie, better known as Mandy Mandie has extensive experience in philanthropy. She has also worked as a journalist, event manager, public relations executive and held various roles in marketing and fundraising for over 40 years.

In 2005, together with her son Nick, Mandy founded Koala Kids – an organisation dedicated to supporting children and young people during cancer treatment. The aim is to bring happy moments to the patient, their family, and their healthcare team. Mandy is responsible for gathering a diverse and enthusiastic group of professional people who all share her passion.

The Koala Kids Foundation was established in 2015 and today operates as an independent, volunteer driven not-for-profit organisation. The vision of Koala Kids is to touch every child and young person with cancer in Victoria. Its mission is that its volunteers provide small things that bring happy moments and make a difference during treatment.

The Koala Kids volunteers, supporters, program partners and hospital staff are all inspired by Mandy’s enthusiasm and passion and like Mandy, they too believe happy helps!

In January 2021, Mandy was awarded an OAM in the Australia Day Honors for her commitment to charitable causes.

Mandy is a people person who loves connecting like-minded people. She has two children and a wonderful husband who supports her in all her interests, including her love of philanthropy and the Richmond Football Club.

Mandy lives and breathes philanthropy, and was awarded an OAM for her work with charitable causes.